For the landing page for the product category automation with welding robots of Grohmüller GmbH in Emmendingen, we created a 3D animation that presents the flexibility and functionality of one of the two new robot cells: the Universal Robot (UR). The animation also shows expansion possibilities and features.

Modeling
Most of the 3D models, for example that of the robot and that of the cell, were kindly supplied to us by the manufacturers. We modeled the sweat glands, hoses, components and the chain on the linear axis ourselves, among other things, with the aim of achieving the most realistic images possible.

3D animation
When animating the robot, it was important to bear in mind that its movements are restricted. Not each of the joints can rotate 360°. With the help of a small UR plastic robot provided by Grohmüller, we were able to reproduce the movement possibilities very well.
When animating the table, our challenge was to make it grow larger without distorting the grid. We managed to do that by merging two models – one of the table in a smaller size and one in a larger size. We created the sweat particles with a particle system so that they behaved naturally.

2D animation and outro
Our client wanted 2D overlays, with features, advantages and expansion possibilities of the welding robot. In terms of color, we limited ourselves to the bright Grohmüller yellow and black.
For the outro animation, we decided on a simple yet dynamic animation of the logo and the slogan “Competence and experience for over 45 years”.

Sound editing
It’s not just high resolution, realistic 3D models and fluid animations that make a good 3D animation – sound also plays a big role, as it creates mood and supports the image. The sound effects emphasize the movements of the robot and the doors of the cell as well as the process of welding.

To further promote the robot cells, we also designed a brochure and produced a product film, which can also be seen on the landing page. 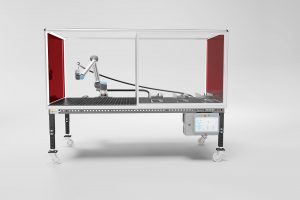 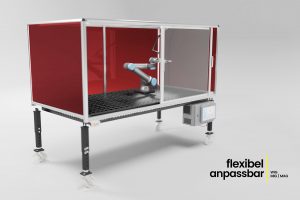 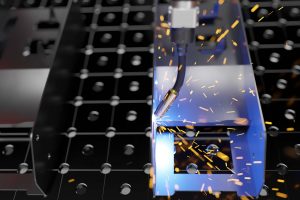 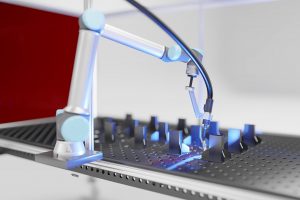 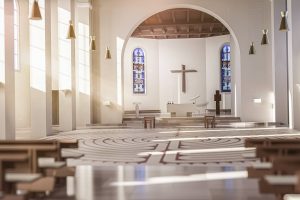 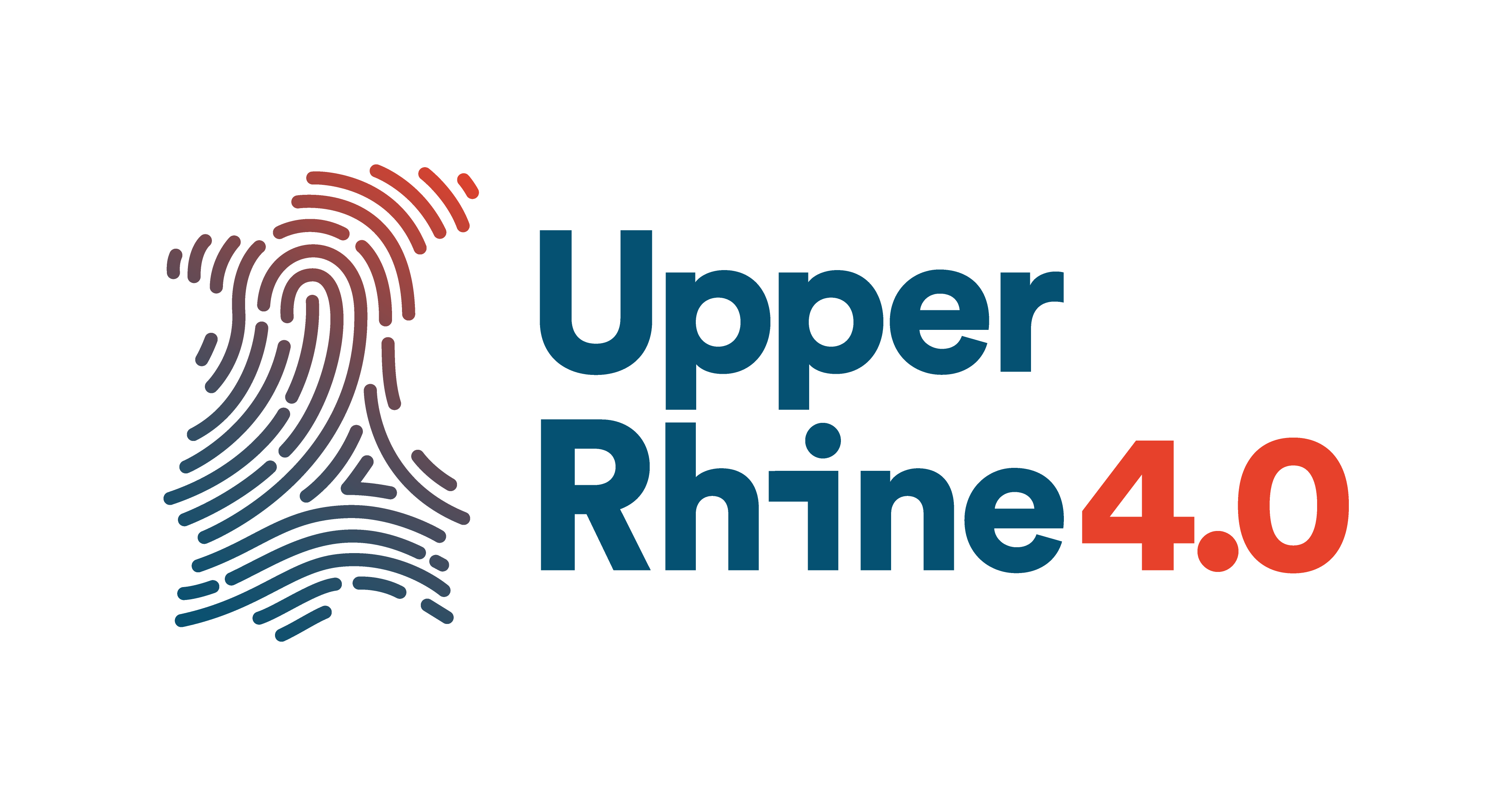 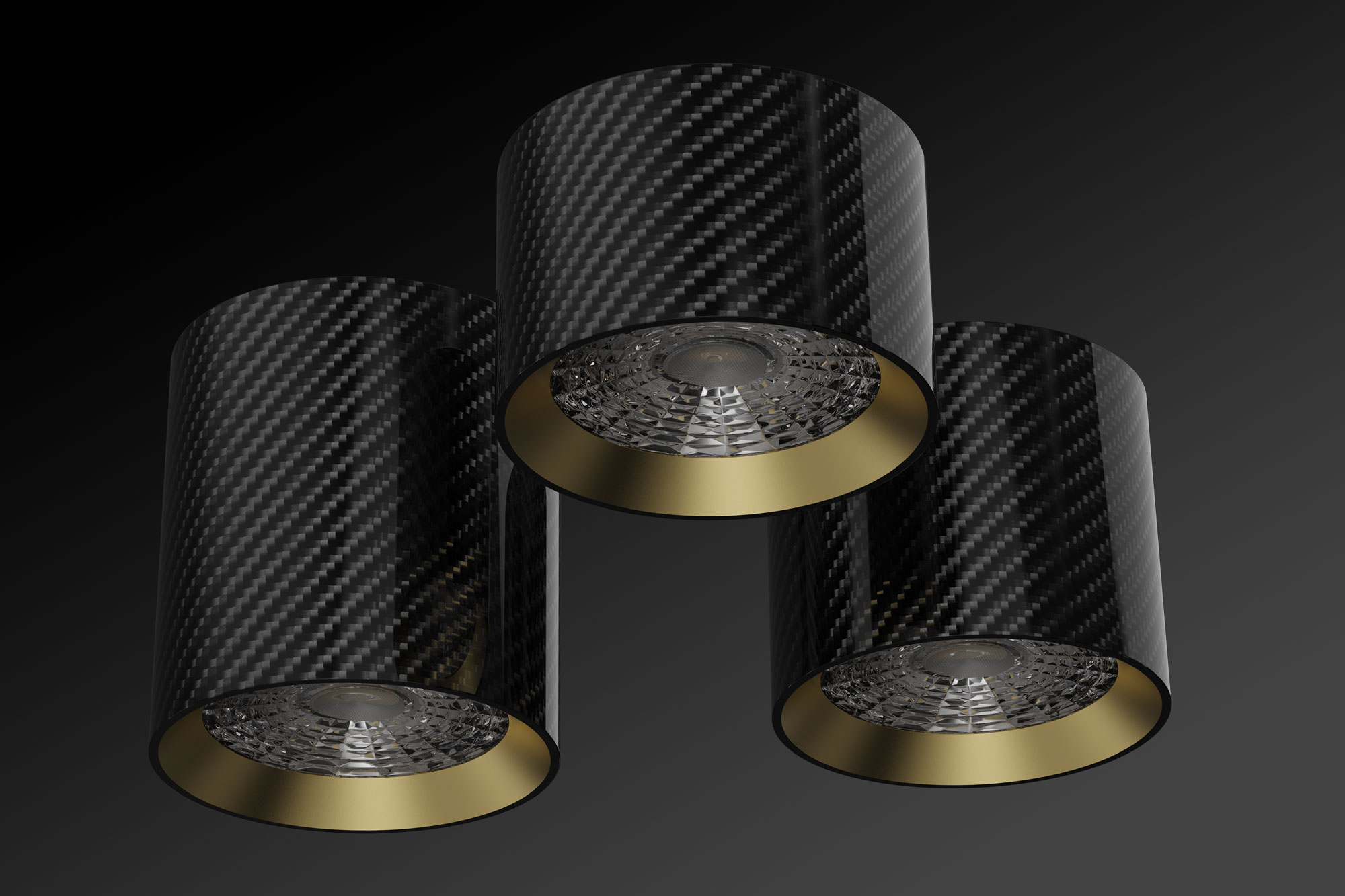